Brush up on Linux?

Try this website, again from MIT... it is nice to brush up on everything to then finish the course and wish you had so many things like simply a package manager then hopefully go back to Gentoo... very nicely written and 2 days max as such...

Next year will have site changed over and more updates...

Posted by Marc Lee Towers at 10:35 No comments:

Been picking away at things... noted that while stress has been dropping my concentration is returning to more acceptable levels..

Gentoo is always picked away at and lots of things changed but having spreadsheets encrypted with gpg I found it more useful than gnucash double book keeping for multiple.  Will have my own spreadsheet formulers finished for more than gnucash for multiple ledgers not just double book keeping...  have spotted libreoffice crashes on vega systems unless you upgrade and it was not as first thought a wayland issue...

Congrats to gentoo a full bleeding edge "emerge -e --keep-going world" appeared to work which is a far cry from years back :)

So got libreoffice working again... as said really am looking more augmented reality stuff but what I've found in biology let alone other areas of study in thermography is very perplexing... data will be released rather liberally over the next few years as I try as a very concerned scientist to verify these stats...

Otherwise bored and want to improve your brain?

Lots of time to brush up on lots of things but as usual for me am finding a handful of scientific papers and yet even them don't appear to have the whole picture so all in good time but sometimes being on bleeding edge can be a bit horrifying...

Posted by Marc Lee Towers at 00:49 No comments:

Well still an avid gamer... had the handle Shadowfire from 1999 and was "Slayer" mostly playing doom and quake before that online... Noted I had Brazil open a gaming IRC server under Shadowfire but could have been a lot of  reasons yet  never not large groups of people challenging in games.

Mostly offline right now as busy but when virtual reality comes out in a year or so for PS5 or indeed Steam then the playng field has been leveled from keyboard/mouse or joypad... virtual reality games are gong to dominate in a few years and never me lost my edge ever either...

Steam:shadowfire1 or Shadowfire01  not been on steam in ages but noted recently linux steam support worked...

Posted by Marc Lee Towers at 19:06 No comments:

Serindipity, syncrinocity... I always love the things of beauty and at least like others enjoy a lot in love and appreciate... They ask why I walk with heavy packs and I say not just that to condition my bone and muscle structures but unlike joggers or bikers I take the time to study the wildlife and flowers...

As for amusing happens as such I know very much not just Marc is a common name but even con artists refer to their victims as their Mark... Nevermind...

As for anything that ever happens though it is for me regardless of reference always a thing of beauty...

As said though out of all things over the years a joint consciousness of the joy of Trance and music in itself means something rather cool and poignant as if God is a manifestation of love of all of good then some cool stuff happened that all shared in for the pure love of music...

Posted by Marc Lee Towers at 07:30 No comments:

Only when out does my parrot have his friends around

For some unknown reason it seems one of the parrots on the live stream keeps yelling AVRIL!! yet upon checking it appears to be some rescue place named slightly the same that was the reason... I think... Growler my parrot though does really love them so leave it on for him when I'm off out...

A very quiet little one and loves his high perch top of the door, as for nibbing cables and things he is so well behaved after only tapped on the beak a few times not to touch cables where the cockatiel appeared to only take the telling off as "not now then" the Quaker parrot truly appears to be respectful and well behaved...

Seems good for him though to have his friends webcast, or to him around, and he seems mentally fine considering thanks to Sony he has had days upon days of zombie related content otherwise he has been watching... :)

Recommended for all parrots when you are out.

Posted by Marc Lee Towers at 04:06 No comments:

Not many adds in truth this year... due to covid19 have really mentally relaxed back let alone artists finding it a bit rough...

Found another track to add to my more "moody" section of the trance list, a little rough to the next track but as said really try my best while keeping the track intact as it is a youtube playlist with limited mixing ability...

As for other playlists here are two more added of isolation done bad ass awesome and very much dj skill an add in their own right...

Posted by Marc Lee Towers at 15:49 No comments:

Seems my baby parrot still appears to compete with my kettle boiling but has been understood to be copying other noises he hears around him... Seems Sony also have a zombie obsession and after I got Zombyland 2 double tap I noted sony giving me free games like world war z and today days gone plus zombie army 4... days gone is jaw dropping graphics and really liking it so far...

Otherwise am fine just a lot on and hoping this pandemic is under control and not simply sony donning tinfoil hats the same as the rest of us during this covid19 issue...

And as for Avril... "baaaaaby, I'm hot just like an oven, I need some Lavigne!!"  old goldy classics I'm always extending music as time never mattered it is more always music are the diamonds that never lost their value and so much music out now days...

Regardless getting on with projects and getting all sorted... but Avril baby so beautiful of insane natural beauty let alone the music but as said for me right now while always busy want you Avril in bed with me all day and night... 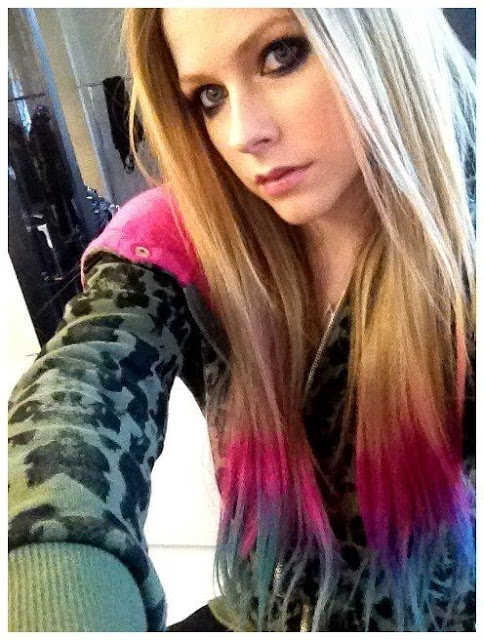 Posted by Marc Lee Towers at 16:13 No comments:

Progress on my new baby

Seems the last 2 days my Quaker parrot Growler has decided to inspect me... got a bit nervous when I woke to find him preening my eyebrow but as for his temperament he loves to fly around the room when playstation 4 games it is anything outer space or helicopter games but really much just chills on his perch and eats cashew nuts; his favourite...  He seems rather introverted and scared of everything is just far more careful than my older extroverted of nuts cockatiel I had before... never bites either so incredibly soft even if you grab him he doesn't bite but does complain at first...

But last few days he has been wanting to know me more and been with me a little under a year he is truly showing a quiet one at first yet loves to sing to music, especially r & b, heavy metal and trance especially... doesn't appear to want to nibble cables either but soldering iron and electric tape just incase as he is a parrot... hoping by next few months not just chilling with me more but indeed starting to speak... a breed known to talk a lot it seems far past what he defaults to and that is for unexplained reasons to bark and woof and indeed growl at things...

Remember though 30 years life expectancy they truly are companions for life! never want a cage for him ever he always gets free roam... 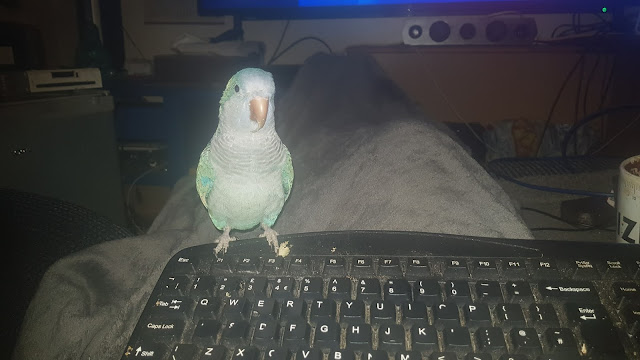 Posted by Marc Lee Towers at 07:16 No comments:

Got a good 3 years until More Augmented reality tech

But when you have moved from computer forensics where everything is looked at to an atomic cpu instruction tick and up then applying the same discipline to all sacred projects of medicine, fuel, energy, food and robotics then "bringing it all together" is Virtual reality and especially Augmented.

About 3 years to business but currently expanding my laboratory, yes it includes beer and wine... and fish, never forget fish...  but with logistics of business flows it is so much more than spreadsheets and log files...

All is coming along and ticking off nicely and 5 years if we get HGV self driving or otherwise then awesome logistics at the company employee status of two persons... plus a mega amount of robots and chains of flow in augmented reality...

IT'S HAPPENING!!!!  IT TRULY IS HAPPENING!!!  just always feels like it will be 2060 when it finally happens but as always we are the bleeding edge not just cutting!!!#

Regardless current datasets are showing incredibly ground braking in fairness but all in good time...

Posted by Marc Lee Towers at 06:47 No comments: